No, Grehounds are not good guard dogs. Greyhounds are known for their gentle and friendly nature, so they are not ideal as guard dogs. They are easily distracted by small animals and are often too lazy to bark at strangers, making them poor guardians against intruders.

No, greyhounds are not good watchdogs, either. Greyhounds are not territorial and are more likely to be interested in playing with a stranger than watching an unfamiliar person or alerting their owners of potential danger.

Do Greyhounds Bark a Lot?

No, Greyhounds are not known to bark a lot. They are generally quiet and calm, making them poor guard dogs or watchdogs as they are unlikely to alert their owners of potential danger.

Do Greyhounds Bark at Strangers or Intruders?

Maybe, but not usually. Greyhounds are generally too relaxed and friendly to be effective guard dogs, so they are unlikely to bark at strangers or intruders.

Greyhounds are known for their gentle, intelligent, and affectionate nature. They are loyal and devoted to their families but not aggressive or territorial. This makes them great companions and family pets. Greyhounds are friendly towards strangers, so they are unlikely to bark at visitors or intruders.

What Is a Guard Dog?

A guard dog is a canine that has been specifically trained to be protective, alert, and aggressive to ward off possible threats. The breed must have natural solid guarding instincts and be physically robust enough to protect its owner or property. This can include intruders, animals, and other people.

What Is a Watch Dog?

A watchdog is a type of canine trained to bark at unfamiliar people, animals, or noises on the property. The breed must be alert and have a loud barking voice to alert its owner if an intruder appears.

Can You Train Dog to be a Guard Dog?

Training dog to be a guard dog is a complex task. Dogs are often trained using positive reinforcement and behavior modification techniques, such as clicker training or obedience classes.

The breed must have a natural guarding instinct and be physically robust enough to protect its owner or property.

The owner must consider their and their dog’s safety when engaging in guard dog training. It is important to note that a guard dog should never be trained with violence or abuse.

Remember that training any canine with violence or abuse is never acceptable. Training should always be done with positive reinforcement and behavior modification techniques.

German Shepherd: This breed is an all-around good pick for a guard dog due to its intelligence, courage, and protective instincts. German Shepherds are often used as police and military dogs, so they’re reliable when guarding your home or family. Their loyalty, alertness, and strength make them intimidating to potential intruders or attackers.

Doberman Pinscher: The Doberman is another popular guard dog breed, and it’s well-known for its loyalty and protective nature. This breed tends to be very alert, watchful, and responsive to commands, making them good at protecting homes and families. They’re also quite agile and have powerful jaws, which makes them an intimidating presence for potential intruders.

Rottweiler: Rottweilers are large and robust, making them a popular choice for guard dog breeds. They may take some extra training and socialization due to their size, but they’re reliable guard dogs overall. They’re alert and determined when protecting their family or property, and they’re known for being fearless and loyal.

Bullmastiff: The Bullmastiff is a large breed originally bred as a gamekeeper’s dog in the 19th century. This breed is known for being loyal and protective, making them excellent guard dogs. They’re alert and intelligent but can also be calm and gentle with their family members.

Boxer: Boxers are another popular breed often used as a guard dogs. This breed is known for being courageous and loyal, making them a great home and family protectors. They’re also quite agile and have strong jaws, making them formidable if an intruder were to enter the house.

Greyhounds are not good guard dogs due to their gentle natures. However, they are loyal and loving and make excellent companions. So if you are looking for a gentle companion rather than an aggressive guardian, then a Greyhound may be the perfect choice for your home! 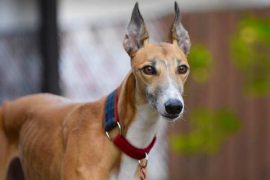 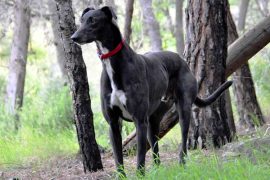 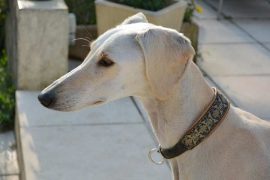